The Power and Impact of the Volunteer!

I had the privilege of attending the Brown County Human Services’ volunteer dinner last week (fully funded by the Packers). My wife has gotten our family involved by positively impacting two families who are in the PALS program. PALS is similar to Big Brothers Big Sisters but is a part of Brown County Human Services. Danica, my saint of a wife, mentors a wonderful 13-year-old girl. She has melded into our family beautifully. Danica is also a Parent PAL. Meaning she is a mentor for a young woman who has two children.

At the dinner, our County Executive, Troy Streckenbach, spoke of the importance of volunteering to create a healthy community. He revealed their budget and commitment to helping families and people less fortunate in Brown County. When you take an average volunteer hour and multiply it, the dollars are staggering. Their budget would not support the good work that needs to be done without volunteers. 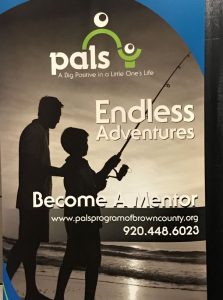 The best part of the night was the awards ceremony for service: five-year, ten-year, fifteen-year and so on. When the individuals (some were couples) came up to receive their awards, they shared their success stories. The audience was tearing up on several occasions. The greatest story was about one couple who had a little girl they became a PAL with when she was six.

They read a letter from the girl’s mother as well as one from the little girl. They shared how they made an impact on their lives. At the end of the honorarium, a beautiful young woman stepped on the stage. That six-year-old is now 18!

I’ve always known that volunteering is a good thing, but last week I truly realized just how it changes lives and improves communities.

ACTION PLAN: There is always a need. To get started, check with the Volunteer Center. Your life will never be the same!