Using a Disney Method to Make a Point Stick!

Danica and I love Disney. I’ve written about Disney World in many “Wisdoms”. We’ve visited Disney over a dozen times and have even attended Disney Institute which provides professional development training.

As Prophit is continually growing and evolving, we felt a revisit to our Core Values was at hand. We spent several months developing new Core Values that will propel us forward.

Disney taught us that if you want to make information stick you need to get a little dramatic and tell a story. Once our Core Values were finalized, we decided to create a memory. We invited all the Prophiteers to end work at three-o’clock and meet at a really cool watering hole nearby. In the backyard, there’s a tiki bar and many outdoor games including: giant Jenga, checkers, horseshoes and bean bag toss.

We established four teams of four people. They were to each play three games and to follow the basic rules of each game. They were instructed to do whatever is right to win the game. They had 15 minutes to play, so whoever was leading when the time ran out won the game. 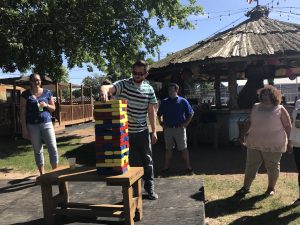 Like you would assume, this was a fun atmosphere. Every team shared the duty. Every player was involved in every game. When the games were over, we huddled under an old oak tree and shared the experience. It was then that we revealed our five new Core Values. One of these is:
• Unique:
o Think Differently
 World-class
 Efficiently
 Abundantly

We focused on “Efficiently”. I told the Prophiteers their goal was to win the game. How do you think they approached it? By following the traditional rules of everyone having equal turns? But, by keeping this Core Value in mind, how should they have approached the game? If the goal truly was to win, wouldn’t the best checkers player play that game and the best tossers do bean bag toss and horseshoes? Most certainly they would. 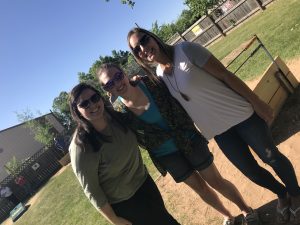 Over the coming weeks, our Prophiteers have risen to the occasion and are being more efficient in how they approach project work–a great outcome!

When a big idea needs to be understood, make a big deal out of it. Allow the person to learn in an enjoyable way. Studies show that the brain retains much more information when it is not stressed, but relaxed and in a positive state-of-mind.

The event cost $150 plus employee time. I’d say it was well worth it!
Joe Kiedinger

ACTION PLAN: What is it people need to understand in your home? At your work? Time to get creative!